Here I am again, finally having something blog-worthy to present! ;)
Like almost every weekend, I felt the need again to create something sweet and after the last episode of 'Master Chef' [I hate when they use meat and cringe especially when they're using veal!.. But overall I like the show!] I had in mind to make something a la 'Strawberry Shortcake' style.
I didn't have any strawberries nor any other berries... but I had 2 lonely apples sitting there, so that's how I came up with making Apple Shortcake! ^_^

Unfortunately I don't remember anymore where exactly I got the recipe for the biscuits for... I really need to make more notes while I'm surfing the net for new recipes and print pages after pages!..

Directions:
* Preheat oven to 400 F and grease a cookie sheet.
*Combine all dry ingredients, then add the wet ones, mix thoroughly.
The dough is very sticky, so I just took little parts off and formed them into a small ball, then flattened it a bit on the sheet.
I got 7 big sized biscuits.
*Bake for 12-15 minutes until they're golden brown.

*Sautee the apple slices with a bit of water in a frying pan until they're nice and soft, ~5-8 minutes, depending on the thickness of the apple slices.
*Add the cinnamon and brown sugar and let it all caramelize for another ~5 minutes.

*Add tofu, powdered sugar, vanilla & maple syrup in a food processor or blender and blend until everything is nice and creamy.
*Refrigerate until you're ready to use it. 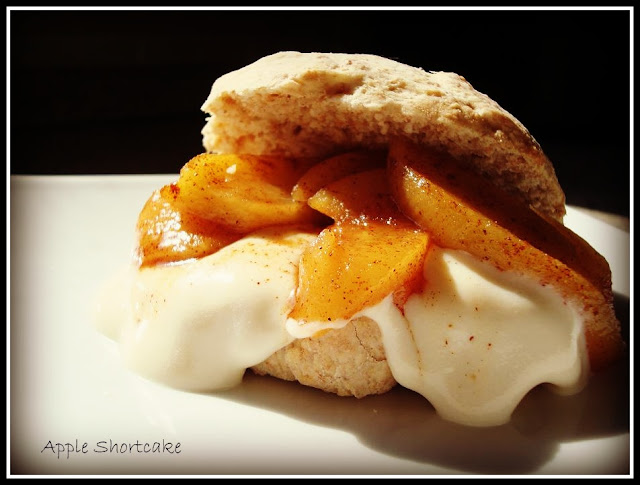 Well, today I made something that I'll certainly make many more times!!! (Especially now in the summer!)

I had ~3 cups of cooked Quinoa left over and no clue what to make with it!..
A quick search on VegWeb (great website, btw!) led me right to it:

The recipe is truly flexible as you can throw in anything and everything you like!
I chose to stick to kidney beans (content of 1 can), a handful of corn, a bit of red & green bell pepper, a spash of ACV (apple cider vinegar), spices such as paprika, cilantro, salt, pepper, garlic & onion powder, done!

So, without further ado, have a look for yourself how yummy this looks! 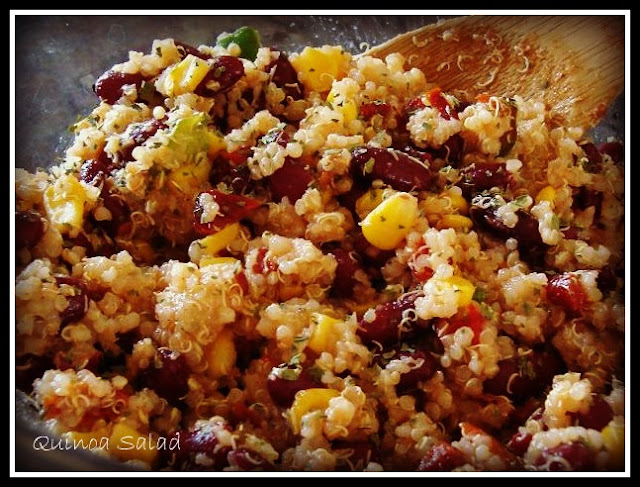 I really had a hard time stopping myself from eating the entire bowl! ;p 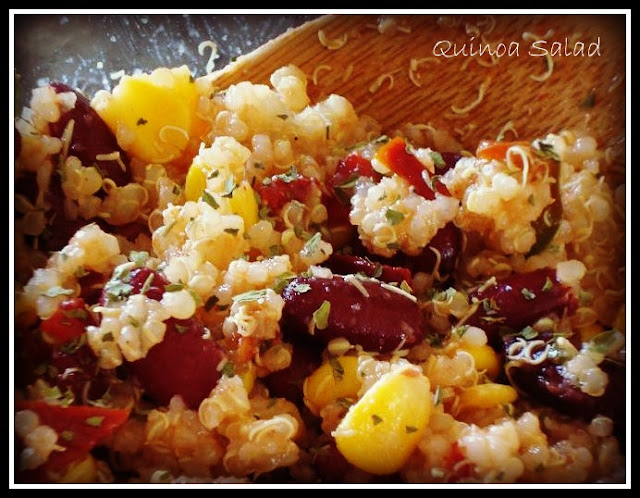 Let me know if you have similar creations you'd like to share with me! =)
Posted by Val at 12:17 PM No comments:

On the weekends I usually bake something and after not having done so for quite a while due to our vacation, I really felt the urge to bake! ;)
I've received 3 German vegan cook books as a gift from my mom; one of them containing many easy & quick recipes, among them also a recipe for a coconut cake/bread!

Already while baking it smelled heavenly and the taste was just as divine!!
(Hubby claims it might be the best cake in 'bread' style I've ever made! Wow!) 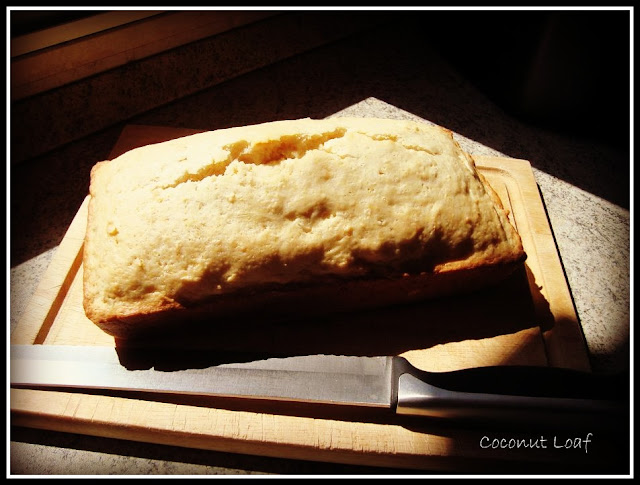 The recipe is really easy and mixed together quick!

*Mix all dry ingredients together, then add the coconut milk
*Pour everything into a greased bread loaf pan and bake at 350 F (180 C) for ~45 minutes until golden brown.
*Let it cool on wire rack before cutting 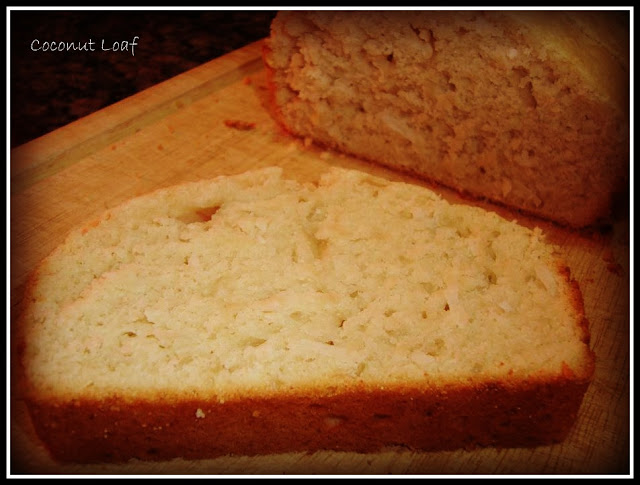 Edit: Since I've used the European metric system for this recipe, here's a site you can quickly convert everything: Onlineconversion
Posted by Val at 7:31 PM 6 comments:

Like I promised a few days ago, here are a few more pics of the cat house from the sanctuary in Germany: 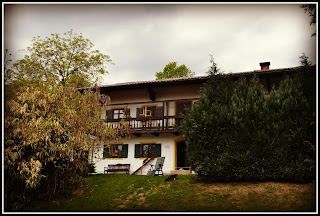 The house has 2 floors with each several rooms specifically only for the cats! None of the visitors are allowed to go in [the doors were closed and one could only look through the window]; only the benefactors who adopted one of them.

I really loved how they set up the rooms! 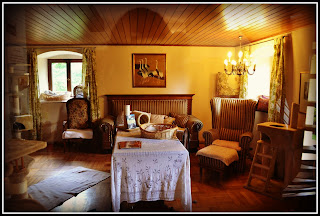 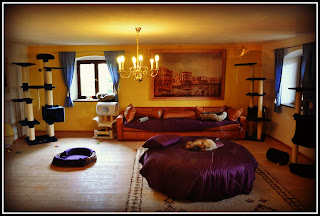 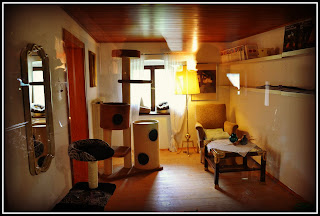 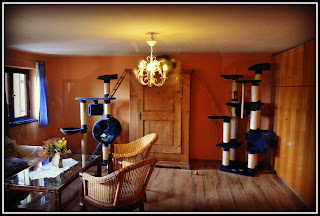 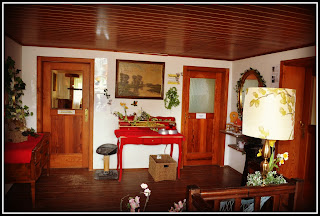 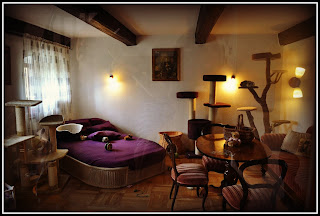 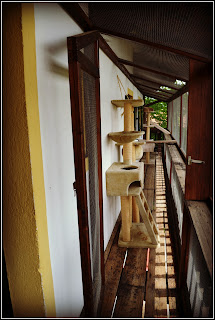 Each room is accessible from the outside for the cats; secured through 'chicken wire' so they can't fall. The lower rooms let the cats go directly outside as the entire property is fenced in. 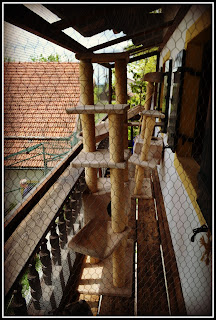 And last not least, a few more cat pics! ;) [I didn't get to take pics of all of the cats there were, of course!] 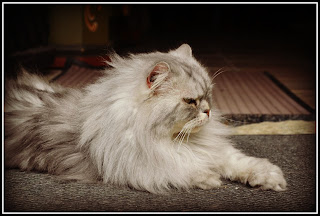 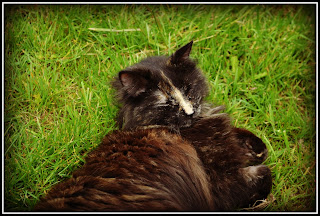 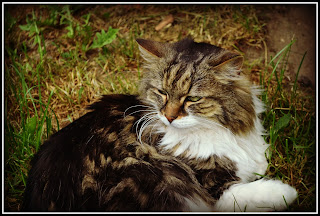 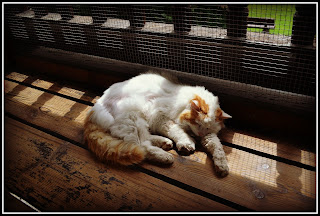 This poor one was having a badly injured paw and looked overall pretty 'roughed up'.. :( Not sure what happened to him/her, but I truly hope that with the help from the people at the sanctuary he/she is feeling much better by now already!

It was a great experience and I'm really happy that those kind of sanctuaries exist! [Even if they're not vegan -yet!?]

Seriously, I love pizza!!! =)
Back in my vegetarian time I would have sworn I'd need cheese on top.. but now that I'm (finally) vegan, I've tried a few versions of home made 'pizza cheez' and thought it wasn't bad, I have to say I'm not even missing it anymore! ;)
Give me enough veggies to put on top and in combo with a nice dough, I'm happy!

Tonight's home made pizza was extraordinaire!!! No, really, it was a mega hit! (Hubby gets all the credits this time as he did all the work; all I did was put the ingredients for the dough in the bread machine and set it on 'dough cycle'! *lol*)

While I've posted a recipe for a pizza dough once, I'm going to share yet another one with you all. It's actually the one that came with my former (Zojirushi) bread machine and we've always loved that one the best! [But beware, it's using all white bread flour, so it's not necessarily truly healthy... I have yet to convince my family that even a 50/50 version can taste good!..*sigh*..]

First of all a teaser pic so you know what I'm talking about! =) 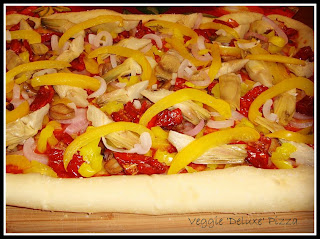 Now to the making of this deliciousness...

For the dough you'll need as follows:

Put all ingredients into your bread machine and set it on the 'dough' cycle. (Mine takes 1.5 hrs)

Once it's done, take the dough out and work it on a flat surface with some flour spread out so it doesn't stick too much.

When it's reached the desired thickness and form, put it on a sheet which has been dusted with some corn meal prior to it in order to prevent the pizza from sticking.
[I like to roll the edges in from my pizza so it forms a nice crust around but that's entirely up to your own liking.]

Put the sheet in the pre-heated oven (450 F) for ~5 minutes! You only want to prepare the dough a little bit before 'decorating' it with the 'real deal'! ;)

Once the 5 minutes are over, drizzle some EVOO around the edges (and/or all over the pizza if you like) and sprinkle some kosher coarse salt on.
Next comes the pizza sauce! [Today I was lazy and used a bottled one.. but of course it tastes better if you actually use home made one!]
Last not least cover the pizza with everything your heart desires!!! =)
[We had sun dried tomatoes & artichoke hearts fresh from the market + sauteed onions, yellow peppers as well as some banana peppers -which we both loooove!!!]

Again into the oven for ~10 minutes and voila, your Veggie Deluxe Pizza is done! :D
Buon Appetito! 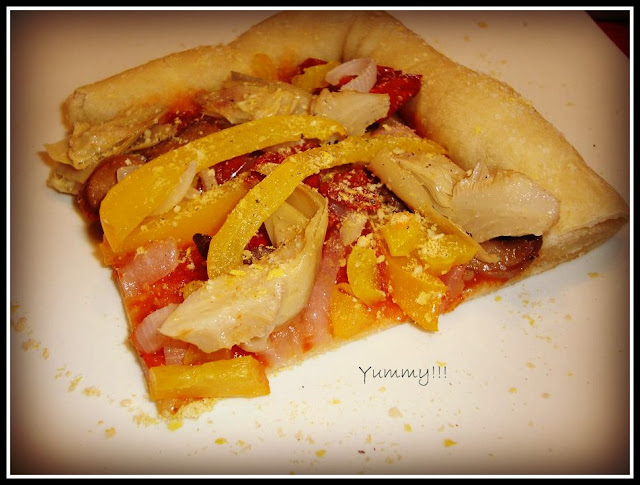 With food like this I have no sense of portion control *lol* (well.. kinda..) and due to the saltiness of the sun dried tomatoes I'm sure I'll be dealing with water retention tomorrow... but it was well worth it! LOL 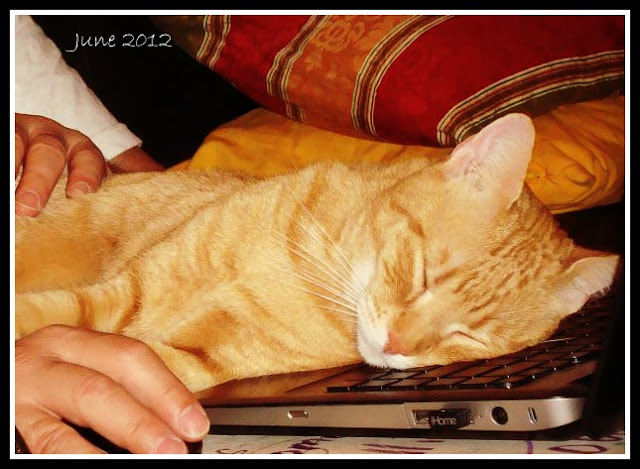